Artists create dispatches from ecstatic realms. They offer people a sense of a lived experience in the realm of the timeless – the mythopoetic.

The Greeks made a distinction between chronos and kairos. Chronos is mechanized cognition, life by the clock, whereas kairos is the mythopoetic, timeless flow state.
One of the qualities of the timeless is heightened qualitative intensity. You are in the midst of it, compelled to a kind of immersion or an aesthetic contemplation you barely understand or even desire. There’s an element of surprise when you have been teleported to the sacred (check out Jason Silva’s video for more thoughts on this).

Beauty is encountered, not invented. You cannot produce it by putting pen to paper in a cold, rational effort. If you disagree with this you have never been involved in an artistic endeavour. The mythopoetic is invoked, not determined or produced like some technological artefact. Once you have arrived at it you surrender to the flow state, you align yourself to the divine rhythm and musical harmonies, the visual proportions, the colour layout, the spatial composition. You perceive and listen through the grace of your innate beauty receptors. Only after the encounter is over and you have returned to the chronos, the dull realm of the mechanical clock, you try to understand (after the fact) the aesthetic experience by breaking it into components. But there would be nothing to understand and map out in the absence of the heightened mythopoetic state of noticing, of gaining insight. That eureka moment where you go outside the box of mental categories, the state in which many scientists have discovered new ways of conceptualising reality. 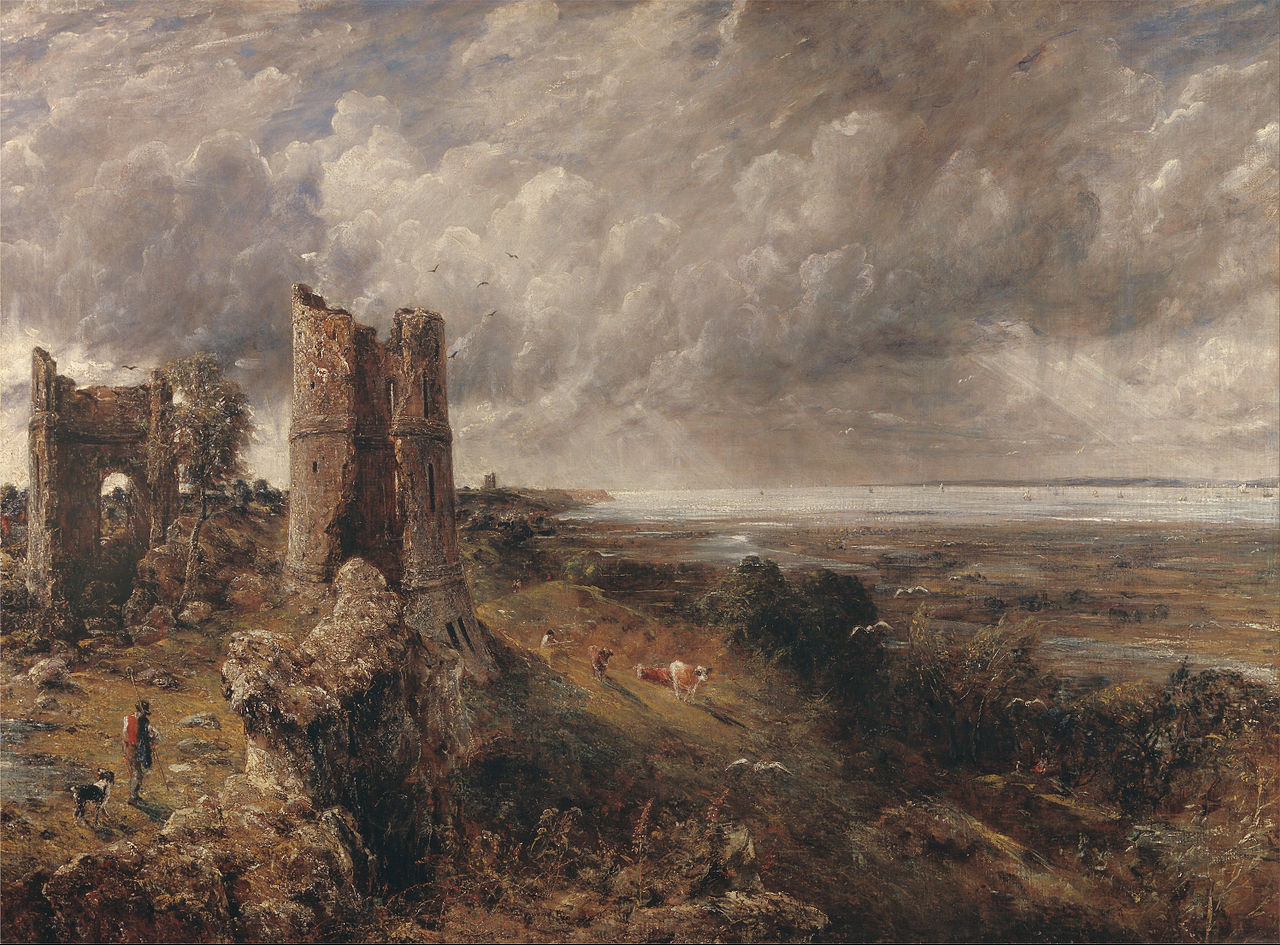 It is similar to religious experiences. Most religions throughout history regarded the sacred as the most real thing; the Mountain summit, the Centre, the divine Epiphany.

One thing artists and religious people have in common is the fundamental axiom that the pursuit of transcendental meaning should be the central aim in human life. It is crucial to remember those epiphanies and make sense of what they taught you.

Ancient peoples went even further and conceptualised chronos and kairos as two distinct realms – the first being illusory, profane and linear, the second – the eternal, cyclical time of the gods; the realm of ideal forms.

Jonathan Haidt admits that these are in fact two fundamentally different modes of being. In chronos you are struggling for survival; your ego plans for the future; you are in pursuit of some goal; you want to out-bid your competitors; make ends meet; satiate your appetite.

In kairos, you are resting; the show you are contemplating is meaningful in itself, not as a means to an end.

“Fulfilment does not come through purpose but only when purpose is set aside. And for Schiller, the paradigm of fulfilment is the aesthetic experience – the disinterested contemplation of appearances, the self-conscious alertness to the presented meaning of things. Schiller believed that we can understand aesthetic judgment if we refer it back to the world of play – a world in which nothing really has a purpose, and where every action is engaged in for its own sake, as something intrinsically delightful. And just as a child learns through play, so do we learn through the aesthetic experience, by exercising our feelings in imaginary realms, enlarging our vision of humanity, and coming to see the world as imbued with intrinsic values, meaningful in itself and without reference to our self-centered interests” – “Culture Counts” 2. Leisure, Cult and Culture – Roger Scruton

Jonathan Haidt argues that historically, kairos was the main ingredient which allowed humans to move from a merely survivalist, egotistic mindset (in which gathering food took 99% of our ancestor’s mental resources) to higher states of being in the world. That heightened qualitative intensity of the aesthetic experience, that timelessness and level of immersion was linked to the beginning of symbolic thinking; with going from contingent, particular, to the general, the ideal. Instead of zero sum games, it made interactions between humans mutually beneficial. Once humans start to circle around sacred maypoles, in-fighting stops, something akin to electricity begins to form all these wonderful things like virtues, sacrifices for the greater good, cultural artefacts, music, architecture, manifold harmonies never experienced before.

The Challenge of Rationalism

It is difficult to explain these notions to rationalists or people who think in words rather than in images. They usually derive their greatest satisfaction from systematising; from solving riddles or mental problems. To do this they cling to the ego, to chronos, and their mental computations always butcher mythopoetic experiences, strip them of their uniqueness or numinous character so they can group them in categories. Morality, for these people, becomes merely another problem to be solved; a matter of efficient distribution of resources to individuals (nodes in a matrix and their relations). They will outrightly reject every experience or action as being good in itself or meaningful and insist on judging everything based on consequences and instrumental value.

How do you argue for the importance of art in such conditions? For artists and religious people, the pursuit of transcendental meaning should be the central aim of human life; explaining the utility of such an endeavour would require us to embrace a consequentialist approach. Art is good because it’s useless. The flow state would cease to be a flow state if you weren’t resting (like God did on the 7th day) from your trivial utilitarian pursuits while engaging in aesthetic contemplation.

Of course, kairos proves essential in terms of transcending your mental territory, of gaining new insights which could later become useful in a consequentialist sense. But as I said, you must pray to God for his own sake; listen to music for the sake of the experience; grasp the divine proportions of the temple in the vision because it is compelling, not because you want to use it. It’s the same as being in love or experiencing true friendship. Of course friends are useful for social status, mental well-being, banishing loneliness; but you don’t befriend them as instruments for your thriving; if you do so you are a manipulator, not a friend. The core principle here is to love and value friends or significant others for themselves. You may apply the same rule while judging the quality of a musical piece, a work of architecture or cinematography; an aesthete judges these based on how they truly appear, not their alterior utility.

For a compelling case for kairos, listen to my friend, Steafan Fox’s video.

Having said that beauty is not invented might lead some to believe there are no such things as artistic skills; that everyone is a beautiful artist if only they are left alone to pursue mythopoetic experiences.
This is not the case. If it is true that we did not invent musical harmonies or perspectival drawing, it is also true that we can observe these rules, record and pass them on to future students. If every new generation started from zero in their artistic exploration, they would never go very far. So the point of a good artistic school is to teach you these skills through disciplined practice. Only after you have mastered the arpeggios, the rules of perspective, composition or colour, you can surrender to the grip of kairos and try your hand at summoning beauty from the potential realm of the yet un-created.

The Protestant threat to beauty

There is a hideous Mormon church on 13 Septembrie boulevard in Bucharest. The cheap materials don’t fit at all and its proportions are plain wrong. The USA is full of such hideous edifices, and I’m not talking about churches only; every cookie-cutter suburb looks dystopian, repetitive, lacks any centre of focus, any symbolic qualities.

This disaster started many centuries ago with anti-nomianism. Many Christians used to view history as a linear arrow of progress. In past ages men were savage and less enlightened, they thought, so God had to give them Laws to forcefully civilise their barbaric tendencies; but everything changed with the coming of Christ; we no longer need the Law now, we get it as a bonus if only we submit to the supreme Lord of this new age of grace. Shifting the focus from tradition to submission did a few things:

– by embracing biblicism, it froze the active ferments of religious culture, the life of its symbols.

– by over-emphasising salvation through grace as the only thing that mattered, it made the believers uninterested in creative pursuits. God’s the only one who still got it, not us sinful mortals.

– through iconoclasm, it led to the violent destruction of countless cultual artefacts. Cromwell’s puritans have left their destructive mark in every cathedral and grand church in England.

– indirectly, it led to the deterministic view of the universe as a newtonian mechanism, an inert clockwork governed by causal laws in which there was no place for ideal forms, beauty and the mythopoetic.

– by rejecting the importance of nomos, it eventually led to the modern movement in art and architecture; art students are becoming less and less skilled in perspective drawing and the knowledge of classical architecture, which has been replaced with a sort of mechanised utilitarian way of building in which form follows function. Artists have openly long given up the pursuit of beauty and other aesthetic experiences. Through industrialisation and mass production, the aura and authenticity of artistic objects have been lost; they can now be multiplied endlessly. Craftsmanship gave way to politicisation and activism in the art world (W. Benjamin).

I am not interested in arguing in favour of the Old Testament Law and its role in the salvation of humanity. I’m not even arguing in favour of any specific religious belief system. My only point is that antinomian, iconoclastic, anti-trinitarian and apocalyptic / progressive ideas tend to eviscerate cultures, stripping them of their spirituality and fertile powers, turning their inheritors into clever but spiritually empty bugmen; turning their art into mindless, but compulsive consumption, rather than genuine aesthetic contemplation.

It is impossible to identify a root cause for this gradual cultural impoverishment; I would venture to say that the denial of kairos lead us here. Haidt believes we need to resist the impulse to dissect and categorise excessively and start looking for aura and authenticity. Otherwise we will end up in a mental prison of our own making.

From this approach it follows that art and religion should be about mysticism, about aligning one’s life to the rhythms of the ideal world. About a certain perceptive state of humility; about prayer and contemplation; about faithfully mapping one’s dreams, symbols and epiphanies. This is how one may encounter beauty, this is how it might be passed on to others.