An ArchViz studio should have a distinct vision and a set of core values. What do these images that you produce mean to you? What do you aim to achieve by creating them? Is your desire to make art, be creative and express your inner self? Or is it to contribute to a better society and make a political statement? The profession is often criticised from a political and socio-economic point of view, so I thought I should dedicate an article to this antithesis – visualisasion as art vs. political statement.

Art is first of all contemplative, not militant. Somewhat like science, it is preoccupied with knowledge, with grasping and depicting something about the nature of the world we inhabit. In order to achieve that you need to silence your will and the desire to impose it to the world. In Schopenhauer’s view, the world manifests itself first as will, secondly as idea or representation.

” As we know, the world as will is the primary and the world as idea the secondary world. The former is the world of desire and consequently that of pain and thousandfold misery. The latter, however, is in itself intrinsically painless: in addition it contains a remarkable spectacle, altogether significant or at the very least entertaining. Enjoyment of this spectacle constitutes aesthetic pleasure.” – Essays and Aphorisms, Arthur Schopenhauer

If we accept this distinction, it follows art is concerned with the world as representation, whereas politics is concerned with the world as will. Art is pure exploration driven by a fascination with the unknown; it values raw sensory experiences; relishes the unfiltered perception of a landscape for its intrinsic qualities. The artist is lost in the universe they contemplate. Their philosophy is never dogmatic or definitive. 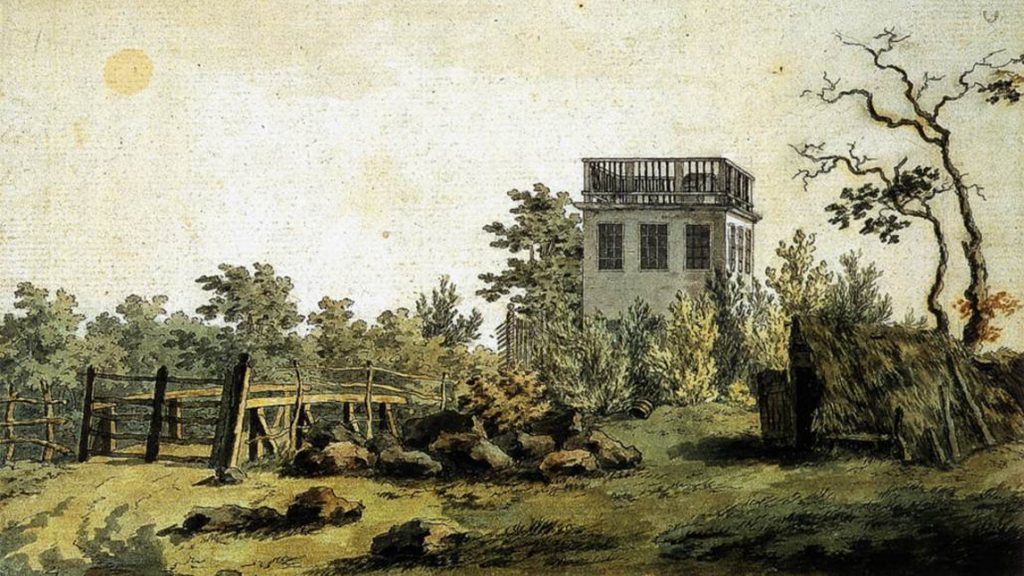 Politics is the complete opposite. It is the manifestation of the world as will, i.e. the aim of the ego to control the world around. In Nietzsche’s words, “as soon as ever a philosophy begins to believe in itself it always creates the world in its own image. It cannot do otherwise; philosophy is this tyrannical impulse itself, the most spiritual Will to Power, the will to “creation of the world,” the will to the causa prima.” ― Beyond Good and Evil.

Political activism implies the absolute belief in one’s philosophy, followed by the desire to impose it on the world. As soon as this occurs, the interest for aesthetic experiences, for opening to the unknown ceases altogether. One is no longer driven to contemplate the landscape, to live it to the full. They put their thoughts into words, then words into abstract laws and axioms. They become preachy and militant.

“The actual life of a thought lasts only until it reaches the point of speech: there it petrifies and is henceforth dead but indestructible, like the petrified plants and animals of prehistory. As soon as our thinking has found words it ceases to be sincere or at bottom serious. When it begins to exist in others it ceases to live in us” – A. Schopenhauer, Idem.

“While you pretend to read with rapture the canon of your law in Nature, you want something quite the contrary, you extraordinary stage-players and self-deluders! In your pride you wish to dictate your morals and ideals to Nature, to Nature herself, and to incorporate them therein […] and would like everything to be made after your own image, as a vast, eternal glorification and generalisation of Stoicism!” – Nietzsche, Idem. 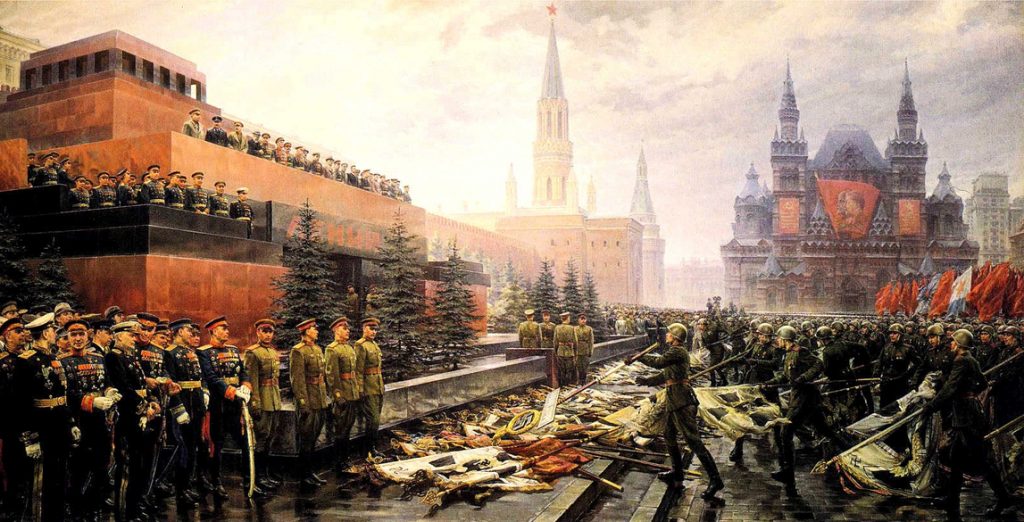 ‘The Triumph of the Conquering People’ by Mikhail Khmelko, Image source

It is my choice to approach ArchViz in terms of art instead of politics; in terms of representation instead of will. The process of creating visuals should be a continuous unfolding research, driven by the desire to explore the unknown, the infinite aspects of landscape and its perception through human senses, as well as the desire to represent this unknown creatively. The visualiser should find delight both in raw unfiltered perception and in the process of representation. Their workflow should never become fixed or rigid, the outcome should never be predictable. Archviz as exploration rather than fixed recipe will in time lead to a more complex visual style; one that constantly evolves, while still being recognisable as one’s own.

A significant number of Architectural or Archviz critiques comes from the adherents of critical theory,  who are generally concerned with political, socio-economic factors and environmentalism while having little involvement or understanding of art. Although architects should take these factors into consideration, they are not very relevant in ArchViz. Yes, visuals should be accurate and honest depictions; they shouldn’t just be marketing material or makeup for the flaws of architecture and real estate projects. But these criteria are not very meaningful to the artist and are generally met by simply following the client’s brief. Visuals can be more than just useful technical representations of unbuilt architecture. They can be works of art. The beauty of art lies in ambiguity and unleashed possibility, where every individual is invited to project their own judgment on the work of art, interpret it for themselves and have their own aesthetic emotion.

Prescribing a singular meaning and making sure everyone gets it is an act of murder; art shouldn’t be prescriptive and didactic. Once it has become like that, it is no longer art, but materialised ideology. The artist has the obligation to pursue their own vision as a thing in itself while working on the visuals, without trying to impose it on the client. The later, as well as their target public are invited to assign different layers of meaning to the work of art and use it in any way they choose.