For practical purposes, I have divided the creative processes involved in the production of architectural visualisations into two categories: first – the exploration of the particular landscape that needs to be represented; second – the graphic representation of the landscape. In this article I will focus on the exploration part, as I did in the previous two.

After discussing the sublime phenomenon, it’s time to reflect on the role played by our senses in the process of exploring and understanding something about the landscape we wish to represent. Our goal is to make art, therefore a phenomenological approach will be more relevant to our endeavour than, say, a reductionist one. 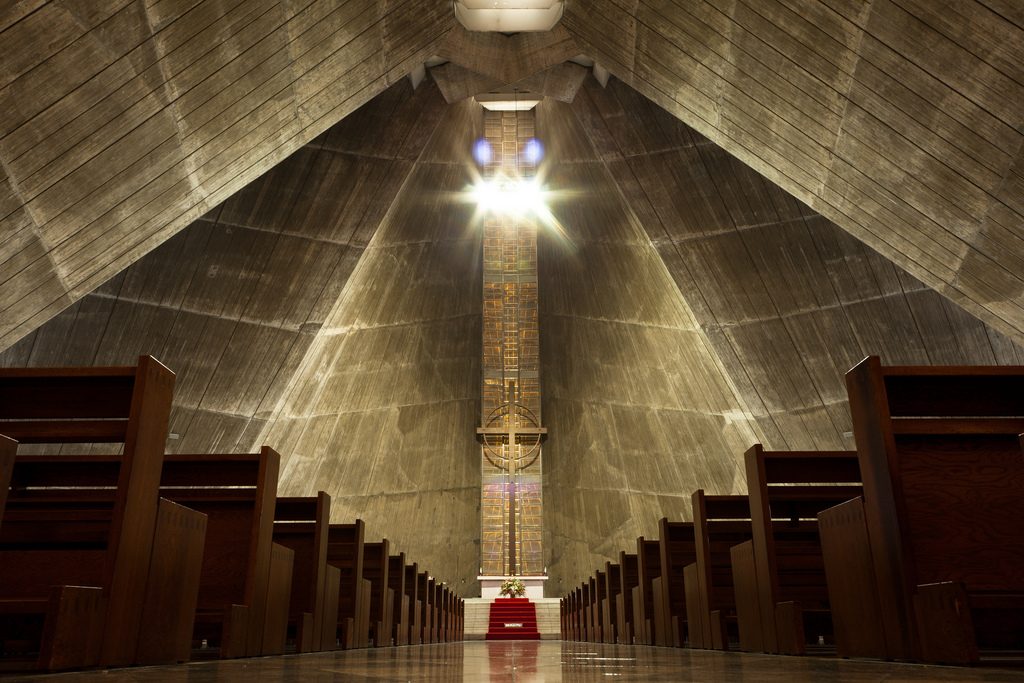 As I’ve been able to understand it so far, phenomenology does not apply the subject-object dichotomy, but instead uses completely different axioms and pressupositions. It concerns itself with being-there (germ. ‘Dasein’) which it defines as the totality of human experience. For the sake of their methodology, phenomenologists assume that the things they experience are real. Pain, joy or anxiety stand as phenomenons, primal elements of being, not qualities of something material.  Heidegger broke the world of experience into three categories: the Umwelt – the natural world beyond culture, the Mitwelt – the social world and its structures and finally the Eigenwelt – the domain of experience that’s unique to the individual. In these domains of being different experiences manifest themselves. We used this paradigm in the previous article and we’re also going to use in understanding the roles played by our senses. In this endeavour I will focus on Juhani Pallasmaa’s seminal work, ‘The Eyes of the Skin’.

2. VISION AND ITS LIMITATION. ‘THE BODILESS OBSERVER’

Pallasmaa argues that since the Renaissance period, Western thought in general and architectural theory in particular has become so engaged with matters of visual perception that it completely neglected the other senses. The development of the perspectival system of representation reduced architecture to its graphic element:

Alberti’s statement that ‘painting is nothing but the intersection of the visual pyramid following a given distance, a fixed centre and a certain lighting’ outlines the perspectival paradigm which also became the instrument of architectural thinking” – Juhani Pallasmaa, ‘The Eyes of the Skin’.

In modern times, technological development offered new extensions to the eye and provided an endless flux of virtual images, detaching the observer from any incarnate encounter with the architectural landscape and thus inducing the illusion of a bodiless observer:

With the loss of tactility, measures and details crafted for the human body – and particularly for the hand – architectural structures become repulsively flat, sharp-edged, immaterial and unreal. The detachment of construction from the realities of matter and craft further turns architecture into stage sets for the eye, into a scenography devoid of the authenticity of matter and construction. […] Instead of experiencing our being in the world, we behold it from outside as spectators of images projected on the surface of the retina. David Michael Levin uses the term ‘frontal ontology’ to describe the prevailing frontal, fixated and focused vision. – Idem.

3. THE BODY IN THE CENTRE. ‘TOUCH’ AS THE PARENT OF ALL SENSES.

As an alternative to this type of perception, Pallasmaa proposes the ‘body in the centre’, an approach rooted in phenomenology. Being in the world involves an embodied presence that integrates the various senses, providing a unified experience. Pallasmaa argues the mental image we have of ourselves is always linked with the space we inhabit:

Our domicile is the refuge of our body, memory and identity. We are in constant dialogue and interaction with the environment, to the degree that it is impossible to detach the image of the self from its spatial and situational existence. ‘I am my body’, Gabriel Marcel claims, ‘but I am the space, where I am’ establishes the poet Noel Arnaud’ – Idem.

The most important means of perception in Pallasmaa’s view is the sense of touch, which he considers the parent of all the other senses, integrating them in a unified experience and helping the observer make sense of the materiality, scale, depth, temperature and gravity of the surrounding landscape.

Vision reveals what the touch already knows. We could think of the sense of touch as the unconscious of vision. […] [The skin] is the oldest and the most sensitive of our organs, our first medium of communication, and our most efficient protector […] Even the transparent cornea of the eye is overlain by a layer of modified skin […] Touch is the parent of our eyes, ears, nose, and mouth. It is the sense which became differentiated into the others’. – Idem

In order to demonstrate these claims, he summarises the conclusions of various philosophers who reflected on the role of the tactile realm in interpreting visual perception:

The 18th century Irish philosopher and clergyman George Berkeley related touch with vision and assumed that visual apprehension of materiality, distance and spatial depth would not be possible at all without the cooperation of the haptic memory. In Berkeley’s view, vision needs the help of touch, which provides sensations of ‘solidity, resistance, and protrusion’; sight detached from touch could not ‘have any idea of distance, outness, or profundity, nor consequently of space or body’. In accord with Berkeley, Hegel claimed that the only sense which can give a sensation of spatial depth is touch, because touch ‘senses the weight, resistance, and three-dimensional shape (gestalt) of material bodies, and thus makes us aware that things extend away from us in all directions – Idem.

Our eyes stroke distant surfaces, contours and edges, and the unconscious tactile sensation determines the agreeableness or unpleasantness of the experience. The distant and the near are experienced with the same intensity, and they merge into one coherent experience. In the words of Merleau-Ponty: ‘We see the depth, the smoothness, the softness, the hardness of objects; Cezanne even claimed that we see their odor. […]  When experiencing a structure, we unconsciously mimic its configuration with our bones and muscles – Idem.

When we see a concrete wall, we can touch the velvety smoothness and temperature of its skin. Our skin traces temperature spaces with unerring precision; the cool and invigorating shadow under a tree, or the caressing sphere of warmth in a spot of the sun, turn into experiences of space and place – Idem.

Gravity is measured by the bottom of the foot; we trace the density and texture of the ground through our soles – Idem.

Pallasmaa also mentions the sense of balance (equilibrioception) which encompasses not only the visual, but also the vestibular and skeletal systems.

I confront the city with my body; my legs measure the length of the arcade and the width of the square; my gaze unconsciously projects my body onto the facade of the cathedral, where it roams over the mouldings and contours, sensing the size of recesses and projections – Idem. 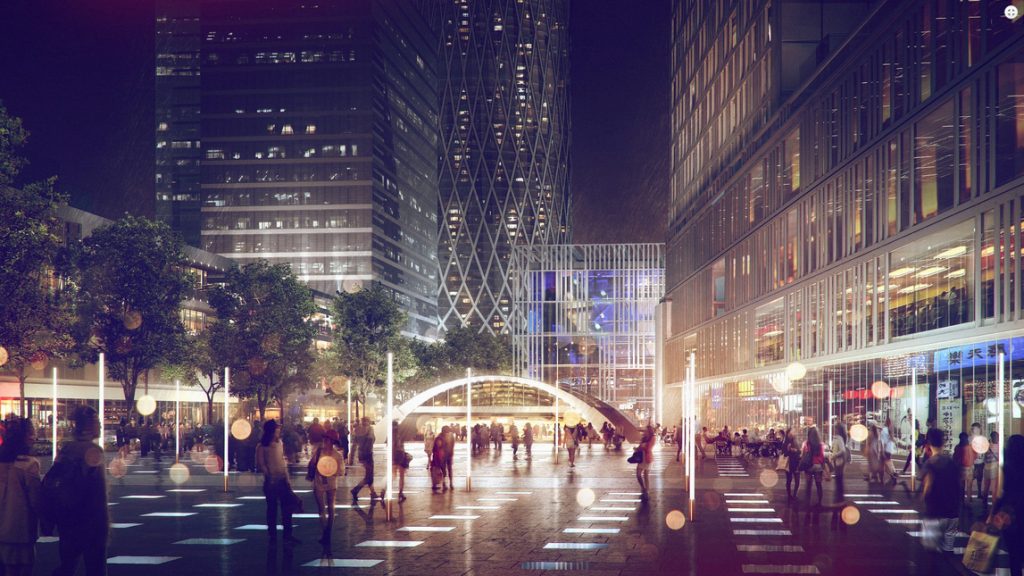 The goal of the phenomenologist visualiser is to contemplate the landscape through an integrated bodily perception, which involves much more than the sense of vision. First of all it involves the haptic realm – paying attention to tactile cues. As you walk, your legs tell you something about the solidity and texture of the pavement. The speed of your movement gives you an overall impression of the scale of the surrounding landscape, the distance between you and various obstacles you encounter. As you open a door, hold a balustrade, lean against a wall or a glass window, you receive tactile cues about the smoothness, hardness/softness and temperature of these materials.
Through auditory and olfactory perception you get further information about the environment you inhabit; this adds up to the integrated bodily perception. Pay attention to the ambient noise of a particular place or to its specific scents.

Visual perception relies heavily on the sense of touch. Acknowledging this factor will make you pay attention to the tactile cues induced by specific sights.  Any estimations of the depth of a particular scenery, of the volume, resistance, tension, weight and protrusion of any natural or architectural elements, are made through the mediation of haptic memory, of built-in systems which simulate sensory experiences and help us understand the materiality of the objects that surround us.
Other ways in which vision can enhance an integrated bodily perception are unfocused and peripheral vision. More on these in the following article. 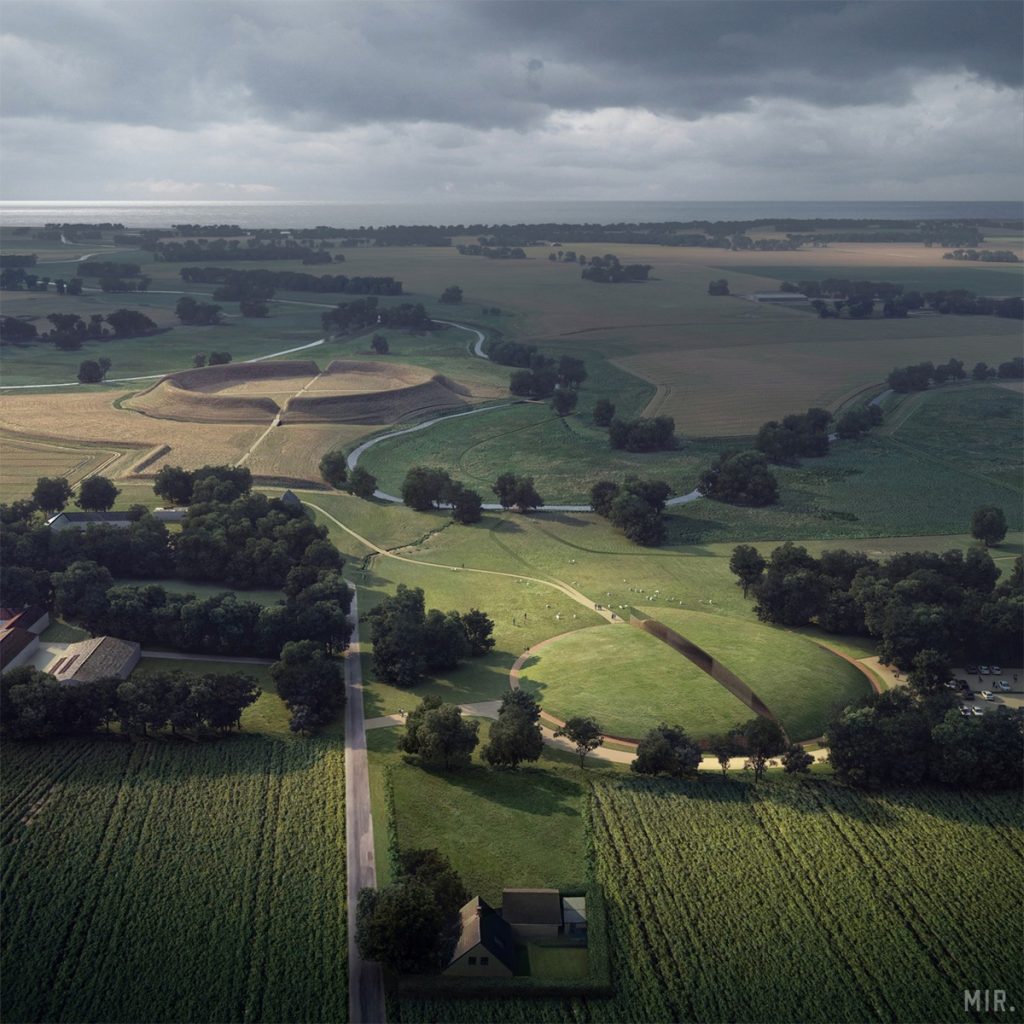 We live in the age of flat screens, motion pictures, CGI, virtual and augmented reality; all of these can comfortably ignore the integrated bodily perception and construct virtual worlds based solely on geometric abstractions, generative algorithms and a perspectival system. If we get too caught up in these abstractions, we might end up confusing these means of representation with reality itself. We might confuse experiences of the Umwelt (natural world), Mitwelt (cultural world) and Eigenwelt (individual world) with their geometrical conventional simulations. We could mistakenly perceive a real built environment as a collection of 3d solids with diffuse, specular and bump maps; a natural environment could also be perceived as a collection of 3d solids based on geometric functions that are a bit more complex; or as solids with normal maps scattered through a Forest Pack-like system; finally, we might misinterpret our individual perception of these experiences as a 3D render of a three-point perspective.
As the meme goes, ‘I went outside once. The graphics were amazing but the storyline sucked’.